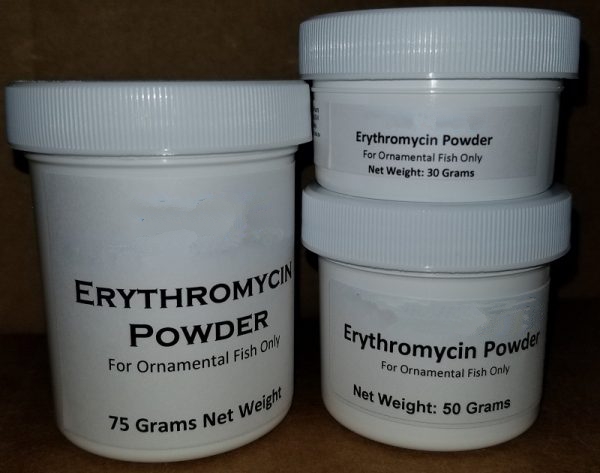 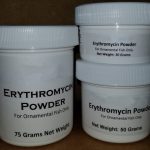 Acriflavine Neutral
0 out of 5
( There are no reviews yet. )

A 50 gram jar of Erythromycin is the equivalent of 200 packets commonly available in the fish hobby.  Save by purchasing in bulk! Erythromycin is a common antibiotic used to treat a variety of bacterial ailments. Non-toxic to invertebrates. Common behavioral changes that indicate a bacterial infection include clamped fins, swollen eyes, gills held open, pumping gills and gulping through mouth, patchy coloration, change in swimming behavior, becoming shy or hiding, etc.

You've just added this product to the cart: